What are Anorexia and Alcohol? Why Are They Dangerous?

by Maria James
in Health
0

Alcohol and eating disorders prove to run hand in hand. If you do not believe so, let me define that the chances of eating and drinking disorders are pretty high. Alcohol consumption may be your personal decision, but you can’t contain the consequences and the diseases related to it. This blog is all about eating and drinking disorders. First, we will discuss an eating disorder called Anorexia, and then Drunkorexia and its issues. People may or may not have heard about it, but understanding this term right is essential. There are so many true and false about the condition. To grab the correct information, let’s learn about anorexia and drinking alcohol. 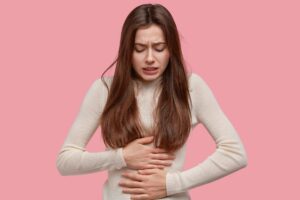 Anorexia is an eating disorder due to intense fear of gaining weight. People with Anorexia are obsessed with controlling the weight and the shape of their bodies. They tend to restrain calorie intake by diet aids, vomiting after eating, misusing laxatives, or enemas. The scientific term for anorexia is anorexia nervosa. It’s the irrational fear of food because of the persistent want to stay skinny. Purposely starving for glass hour figure consume alcohol to disinhibit food consumption.

People suffering from this illness usually take it lightly and do not understand its severity. But it’s a complex mental illness caused by many factors.

A survey proves that alcohol disorders often co-surface with eating disorders. Both diseases increase the risk of health conditions and even cause death to those suffering from them. People consume excessive alcohol and near to zero calories as alcohol is often used for emotional regulation. Also, some people drink alcohol to hide their impulsive behavior if they are already suffering from unhealthy eating conditions. 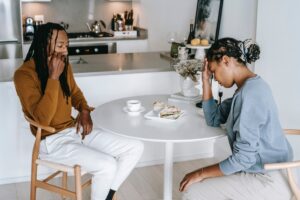 Young adults who appreciate socializing but want to maintain a super thin figure find that eating less and drinking more is the only key. However, they do not realize what they are heading for.

Drunkorexia is a deadly blend of eating and drinking(alcohol) disorders. As people are becoming more and more self-conscious or obsessed with their body shapes, this disorder is prevailing. It is a term that refers to controlling yourself on food calories and equating those with alcohol. Experts from their survey revealed that women are more prone to this order than men. Also, it is found more in collegiates than old age drunkards on a diet.

If you limit your food, you are already prone to bad drinking habits. Not eating or little eating leads to overconsumption of alcohol. And the condition worsens over time.

Symptoms may vary from person to person. Please consider that people with the same eating disorder could have different causes and symptoms. The most common symptoms of Anorexia are:

It will only help if you understand the type of disorder you or your close one might have.

People believe that anorexia nervosa is an obsession and it will stop once they are back on a regular diet. But it is not the case. It is not a short time illness. Instead, it’s a bio-psycho-social disease for a lifetime.

The leading causes of anorexia nervosa are genetics, excessive dieting, and life transitions, such as a breakup, divorce, new home, job transfer, school, or job. Also, anxiety, social phobia, depression, etc. may give rise to Anorexia as well.

Bulimia Nervosa is quite opposite to anorexia nervosa. But it is also a life-threatening eating disorder. People suffering from bulimia nervosa secretly binge and eat a large amount of food. They do so to purge and get rid of extra calories that are very unhealthy. Vomiting and misuse of laxatives, for instance. The major two ways in which people with bulimia restrict calories:

It involves self-induced vomiting or the misuse of laxatives, diuretics, enemas, or other medications that cleanse the intestines.

Instead of purging behaviors, the individual uses other behaviors like fasting and excessive exercise.

Today, many people suffer from this disorder that negatively impacts their health and life. Experts assert that you are a problem drinker of alcohol:

We also term alcoholism as alcohol abuse and alcohol dependence. People develop an alcohol use disorder when they drink so much that there are chemical changes in their brains. As a result, drinking alcohol produces more pleasurable feelings. As a result, you drink more frequently, even if it harms you.

Impact of Alcohol To The Body 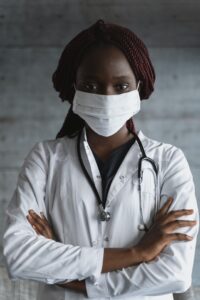 The treatment for Drunkorexia is very similar to the treatment for Anorexia and alcohol. The patient will need to get help from a therapist and make changes in their diet and lifestyle. One of the most common treatments for this disorder is behavior modification therapy. In this type of therapy, the person who suffers from Drunkorexia learns to make healthier food choices and drink in moderation. The goal is for them to maintain the given healthy lifestyle habits long after the treatment has ended.

And one such great source of revolutionary therapists is Heal At Home. They offer an application that provides an easy registration procedure and makes you enroll in various therapy programs. To know more, please visit our website or contact us via email or contact number.

Own Multiple Businesses. Can I Still Be Considered The ERC?

What Happens in Our Body, When We Have Diabetes?